What Does Vaping Do To Your Teeth?

What Does Vaping Do To Your Teeth? 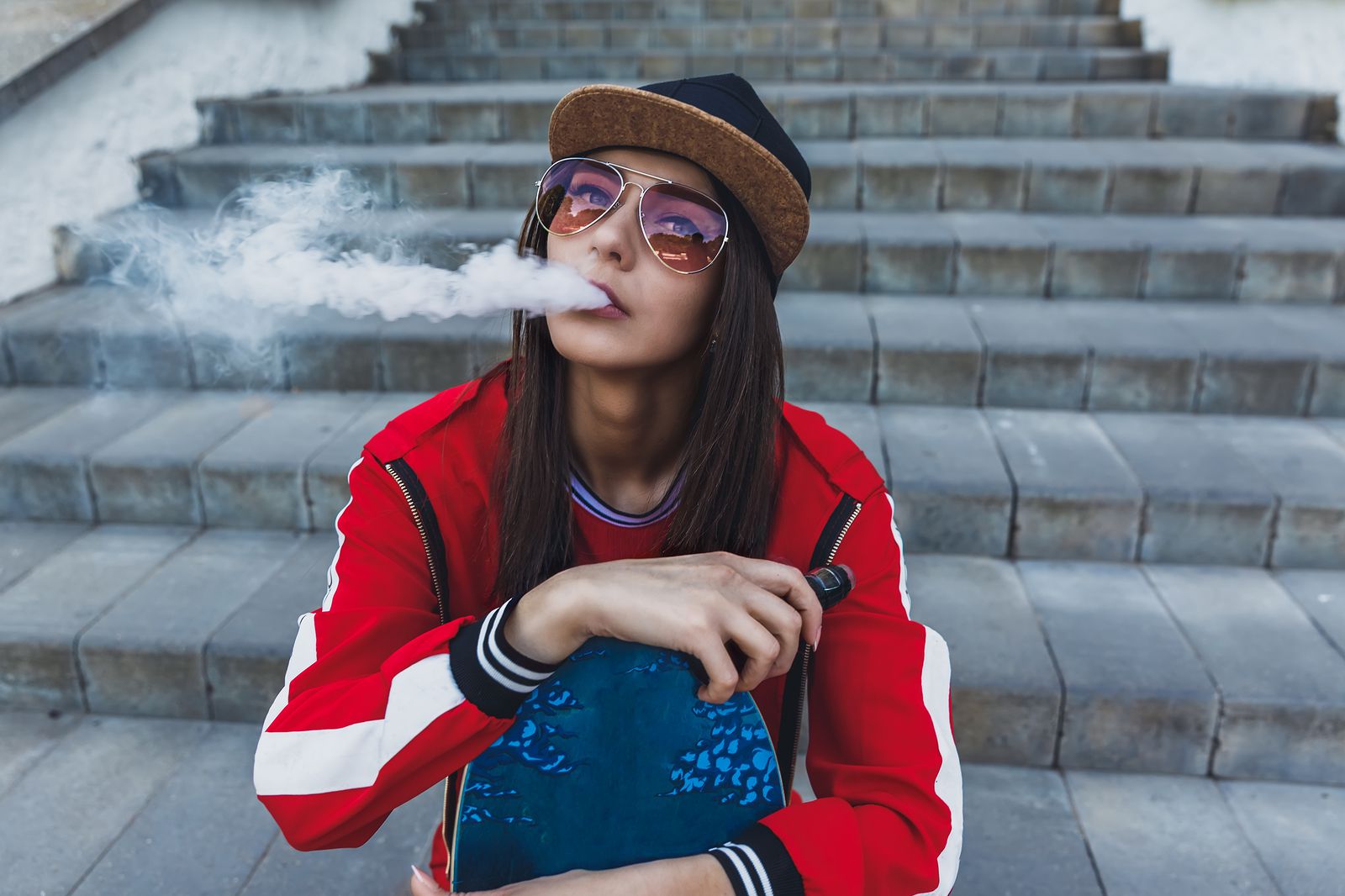 Many people are currently switching to vaping to avoid the numerous adverse health of smoking. While people are content with the fact that this switch will bring many physical and dental health benefits, they often fail to consider whether vaping is safe for their teeth as well. While research has shown that vaping may not stain teeth as smoking does, there are other aspects of your dental health that can be affected when using a vape. To learn how vaping can affect your oral health, it is essential that we learn how a vape works

How does vape work?

E-cigarettes and Vapes essentially work on the same principle; they contain a battery, the atomizer, a chamber, and the mouthpiece. When you push the power button, the battery activates the atomizer which heats waxes, herbs or oils in the chamber at certain temperatures (approximately 400° F to turn them into vapors). Then, when you inhale through the mouthpiece, you receive vapors that do not contain any harmful or toxic ingredients found in conventional cigarettes.

Now, let’s take a look at how vaping can affect your oral health.

Vaping does not stain your teeth, But…!

One of the most common cosmetic concerns among smokers is the staining of their teeth. This is because of the presence of the tar in the conventional cigarettes that gets deposited on the teeth during smoke inhalation and cause staining. Since e-cigarettes or vapes do not create smoke, they generally do not stain teeth.

A study conducted by British American Tobacco (BAT) compared the staining potential of conventional and e-cigarettes. They found that the vapes and e-cigarettes did not cause visible tooth staining. However, this is a general rule. E-cigarettes or vapes can also stain your teeth if they contain coloring agents or nicotine.

Vaping can affect your gums

Vaping can affect your gingival health in various ways:

Vasoconstriction – one of the common ingredients of vapes and e-cigarette formulas is nicotine. This chemical is a known vasoconstrictor, meaning that it causes constriction of blood vessels. When you use a vape, nicotine vapors are released into the oral cavity which can constrict the blood vessels in the gums and significantly reduce their blood supply. As a result, the gums do not get sufficient nourishment and supply of white blood cells and may become vulnerable to inflammation or infections.

Gingival Inflammation – a study published in the British Dental Journal in 2016 showed that individuals who used vapes had signs of inflammation in their gums. They also detected higher levels of pro-inflammatory cytokines in the saliva and serum. The authors of this study, from the King's College of London, concluded that vaping resulted in higher chances of gum inflammation and periodontal diseases than individuals who did not use a vape.

Vaping and the Teeth

Teeth Cavities– As discussed earlier, vape formulas commonly contain nicotine. In addition to causing gum inflammation, it can also result in reducing the salivary flow, a condition known as dry mouth. Since the saliva plays a vital role in preventing teeth cavities by providing cleansing and buffering action, decreased salivary flow exposes the teeth to higher chances of developing teeth cavities. Not only this, but there is also an increased risk of gingival problems because of higher plaque and tartar deposition on the surface of the teeth.

Bruxism – it has been established that nicotine also acts as a muscle stimulant. Although the nicotine released from vapes is considerably less than the conventional cigarettes, it is safe to assume that it can cause, or aggravate the symptoms of tooth grinding, also known as bruxism. Effects of teeth grinding are clinically visible as flattened and sensitive teeth which often have vertical cracks.

Tooth Sensitivity – the vapor released when you inhale through the vape can cause damage to the outer enamel surface of the teeth. Moreover, it can also cause gum recession; a situation where the gums start receding towards the roots. Both of these factors make teeth sensitive to the intake of hot or cold fluids.

Bad breath or halitosis mainly occurs either because of poor oral hygiene maintenance or because of an underlying gum or periodontal problem. Although vaping may not cause bad breath directly, it can indirectly result in halitosis because of the resultant inflammation of gums and periodontal tissues.

Vaping and your Overall Health

Vaping can also Cause Oral Cancer – current research also indicates that vaping may result in a higher risk for developing oral cancer. According to a study conducted by the American Chemical Society (ACS), the research evidence suggested that the use of vapes could raise the levels of compounds that damage the DNA inside the oral cavity. Since the body is unable to repair this damage effectively, the risk of oral cancer increases manifold, you can read more about this research here.

The use of E-cigarettes and Vapes is proliferating among Americans, especially teenagers. According to the statistics provided by the US Surgeon General, about 37.7% of US high school students use e-cigarettes. This is huge! Considering these numbers, it is not just the dental health which is affected by vaping, but its increasing trend is also associated with oral and dental injuries caused due to spontaneous explosions. Therefore, while e-cigarettes may be able to reduce adverse health effects in comparison to smoking, the damage to oral health associated with their use cannot be overlooked.

Gingivectomy & Gingivoplasty - A Study In Detail

Poor oral health can undoubtedly impact our overall health. For example, if left untreated, gum disease can cause ...

If your dental visits often make you feel apprehensive or incite feelings of nervousness or anxiety, you are ...

Say Hello to a Brand New Smile With Invisalign!

Are you considering options to resolve your teeth alignment or bite-related issues? If so, you must have come ...

5 things to know about Teeth Whitening

A sparkling, radiant smile is one thing that most people desire to achieve. When a study conducted by ...

Why is nicotine bad for teeth?

Smoking and vaping are known to cause a host of health problems that can potentially lead to terminal ...